Hi all,
I’m a bit late with this review as I said I would post in on Tuesday. Life as always getting on the way. I know I mentioned it in my instagram, but I’ll also mention it here, I have been dealing with some medical issues, nothing too bad nothing covid related, but things that have meant all my mental energy has gone to either worrying about those issues or trying to take care of myself.
I am getting better, so I find the best thing to relax myself is to escape to wonderful books like the one below 🙂

Yadriel has summoned a ghost, and now he can’t get rid of him.
When his traditional Latinx family has problems accepting his true gender, Yadriel becomes determined to prove himself a real brujo. With the help of his cousin and best friend Maritza, he performs the ritual himself, and then sets out to find the ghost of his murdered cousin and set it free.
However, the ghost he summons is actually Julian Diaz, the school’s resident bad boy, and Julian is not about to go quietly into death. He’s determined to find out what happened and tie off some loose ends before he leaves. Left with no choice, Yadriel agrees to help Julian, so that they can both get what they want. But the longer Yadriel spends with Julian, the less he wants to let him leave.

Cemetery Boys tells the story of Yadriel, a brujo who wants his traditional Latinx family who is struggling to accept his true gender. He becomes determined to prove himself to them, so with the help of his cousin and best friend Maritza, he performs the ritual by himself. But when he finds out his cousin was murdered, now his focus is on finding who murdered him and his ghost.
That night though he ends up summoning the ghost of Julian Diaz, the school’s resident bad boy. Julian can’t remember what happened the night he died, he is set on finding out what happened and tying up loose ends before Julian helps him cross. Yadriel decides to help him, knowing that by helping him he might get his family acceptance. But will it be easy for Yadriel to let Julian leave?

How can I start explaining how much I loved this book? First of all, I have to say Cemetery Boys was one of my most anticipated reads of 2020, we all know those can go either way, but this one I’m happy to say it blew my expectations. I got even more than I expected and a story so filled with love and ultimately acceptance.
Yadriel is an amazing main character, his voice is so easy to relate and so easy to love from the first moment you meet him. I loved how determined he was to prove himself, to be a force of good, and so full of love and magic.
Maritza as the sidekick, best friend, is someone I wish I had next to me, she’s fierce and wonderful, and I loved her connection to her magic (no spoilers here so I won’t tell you what).
Yadriel’s family dynamics were interesting, because while you could see the love from everyone from his abuela to his aunts, and everyone who surrounded him, but it was also enveloped in a lot of hurt and a lot of having to swallow those moments where your family is the most toxic thing. This is an experience that most queer latinx people (and others who have this sort of connection and this tight-knit family) will have and feel so deeply. Your family can be your source of support, comfort and love, but it can also be the single force who hurts you and makes you have scars.
This was one aspect of the book that had my heart in my throat because I can easily relate.

The book was so full of latinx characters, had so much latinx representation, I could feel it embedded in Latinx myths and traditions, which made it feel more mine than anything. I think the only thing I would have liked to see more it’s more influence from other cultures, it was nice to hear of the Cuban grandmother or Maritza who had a Haitian father (and I think a Puerto Rican mother?). But at the same time I would’ve liked to have seen aspects of those cultures since I think we didn’t really get much of that.

Can I also gush about Julian? There’s so much to say about him because he’s the perfect counterpart to Yadriel, but also as a characters he’s so loveable, he’s prone to outburts and is a total hothead, but he cares so deeply. I mean how could you not fall for him right away. His and Yadriel’s dynamic is so cute, because Yadriel would prefer to hide away and Julian pushes him so much, and talks so much. They have so many banter-y moments, but also serious ones where you can see how each of them have been hurt by the world and would prefer to hide those in whatever way they can. I loved reading the progress of their relationship.

The setting and the pace of the book were perfect, it gave enough time to explore the day to day life of Yadriel and Maritza, like dealing with school but magical enough that it didn’t feel slow, or like something wasn’t happening.

This book in general had so many funny, sweet moments but also little heart-wrenching moments. That said, this book does fall more into the light-hearted side of fantasy because even when it presents instances of misgendering or gender dysphoria it does in a very respectful, sensitive way, it ultimately does it in a way where hopefully you’ll be able to engage and be able to take those moments with little harm. And more than anything this book ends with so much hope and love. Also I will just mention the last few pages of the book? I was crying of joy, I read the last line and closed the book and I felt so full.

Overall, Cemetery Boys is a fantastic magical read about a trans boy on his road to acceptance by himself and his family. It blends perfectly romcom moments, fantasy, mystery, real life (sometimes awful situations) with love and family and community.

Aiden Thomas is a New York Times Bestselling author with an MFA in Creative Writing. Originally from Oakland, California, they now make their home in Portland, Oregon. As a queer, trans, Latinx, Aiden advocates strongly for diverse representation in all media. Aiden’s special talents include: quoting The Office, finishing sentences with “is my FAVORITE”, and killing spiders. Aiden is notorious for not being able to guess the endings of books and movies, and organizes their bookshelves by color.
Their debut novel, CEMETERY BOYS, was published on September 1st, 2020.

This site uses Akismet to reduce spam. Learn how your comment data is processed.

Hi! Welcome to my blog! I’m Nini, a Dominican  PhD student (she/her) living in the UK. This is my blog for all bookish things. 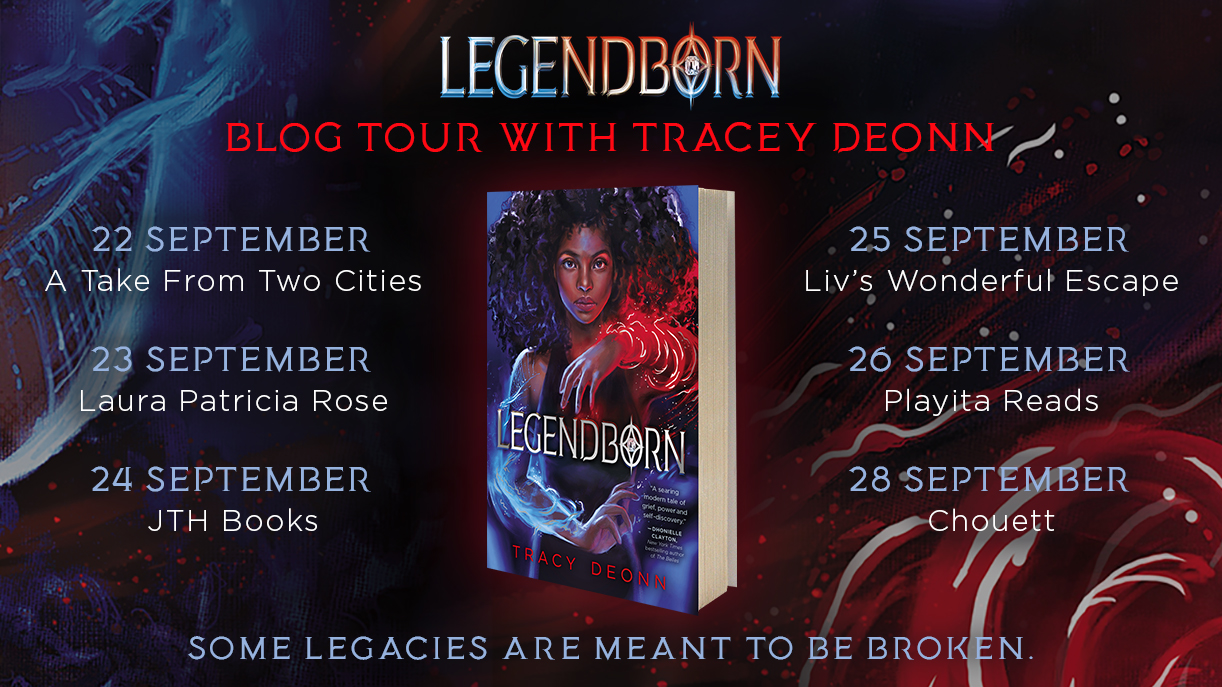